Initially, the gazebo closed due to covid restrictions, but remained shut following inspections carried out in May 2021, which identified extensive structural defects. The two other smaller viewing towers, within the wild garden, have also recently reopened following essential repairs.

The gazebo, located at the top of Oak Wood behind Sheringham Hall, was a gift of Mildred Cordeaux and officially opened by HRH The Prince of Wales on 20th March 1988. It was not a feature of Humphry Repton’s original design for the park, but Mildred Cordeaux remembered an old viewing structure in the same location during her childhood. 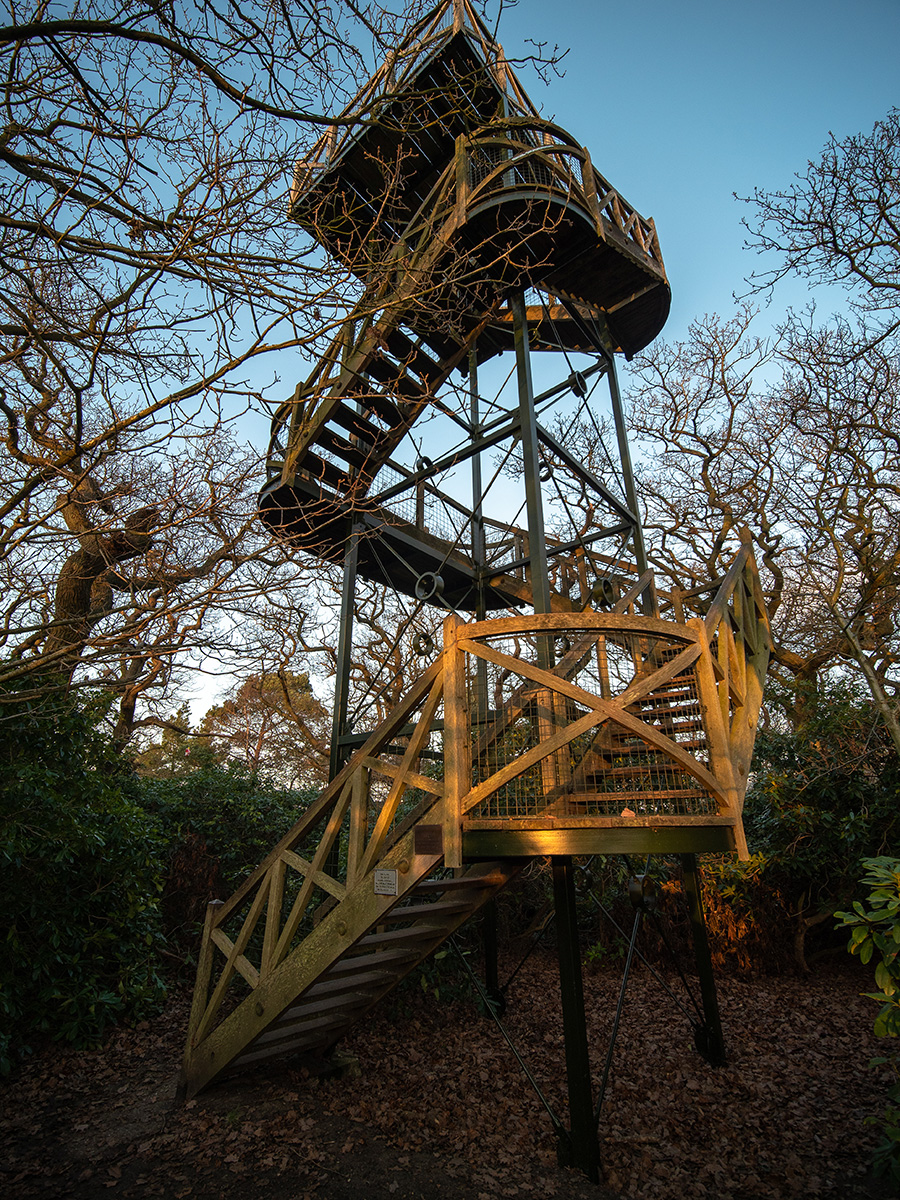 Offering extensive views over the oak tree canopy to the sea and along the Norfolk coast, the Gazebo is worth the climb, which includes over 115 hillside steps and 60 steps up the tower. For sure, it really is the climb to make. We have scaled the hill and steps many times, during differing season, and the view always amazes us. On a clear day, you can see from the seaside town of Sheringham in the east to the villages of Weybourne and Wells-next-the-Sea in the west. And, if you love trains, you are sure to spot one on the Poppy Line of the North Norfolk Railway as they run through the northern end of Sheringham Park. 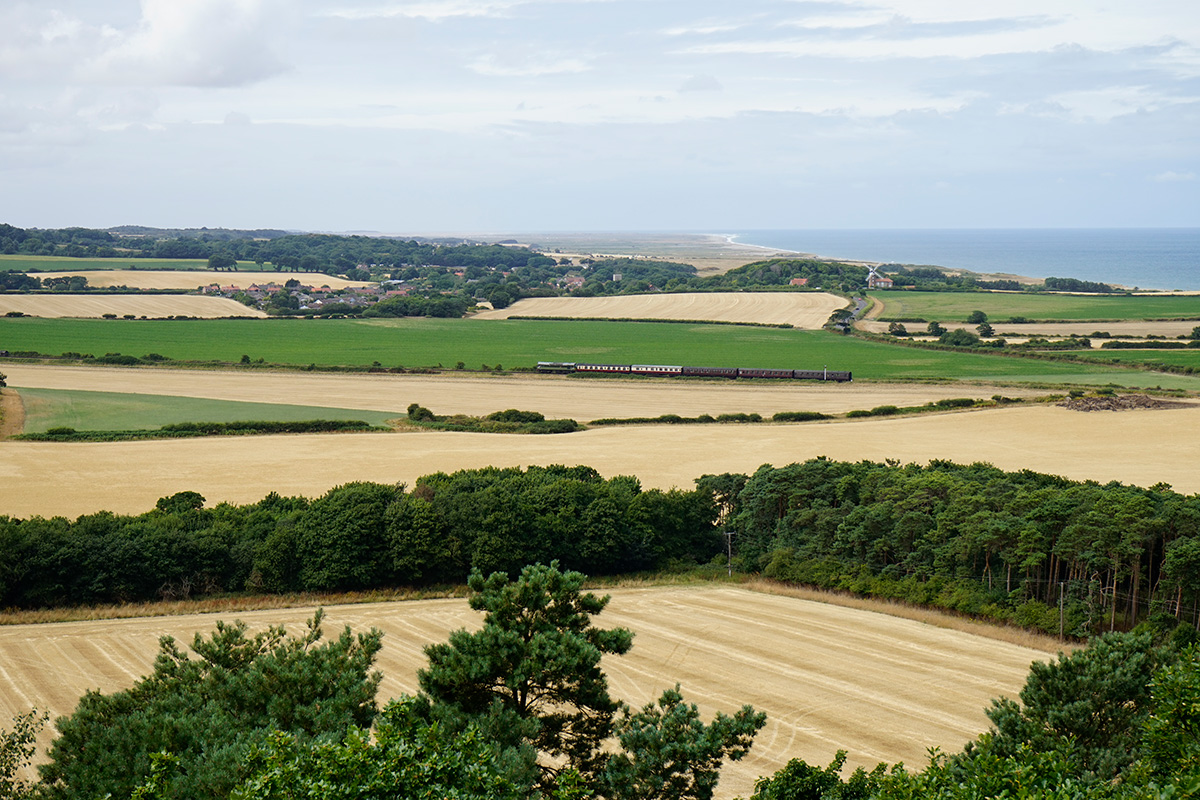 The gazebo is also a good place to look out for Purple Hairstreak (Favonius quercus) butterflies, which feed on honeydew in the oak leaf canopy over the summer months. Fabulous. 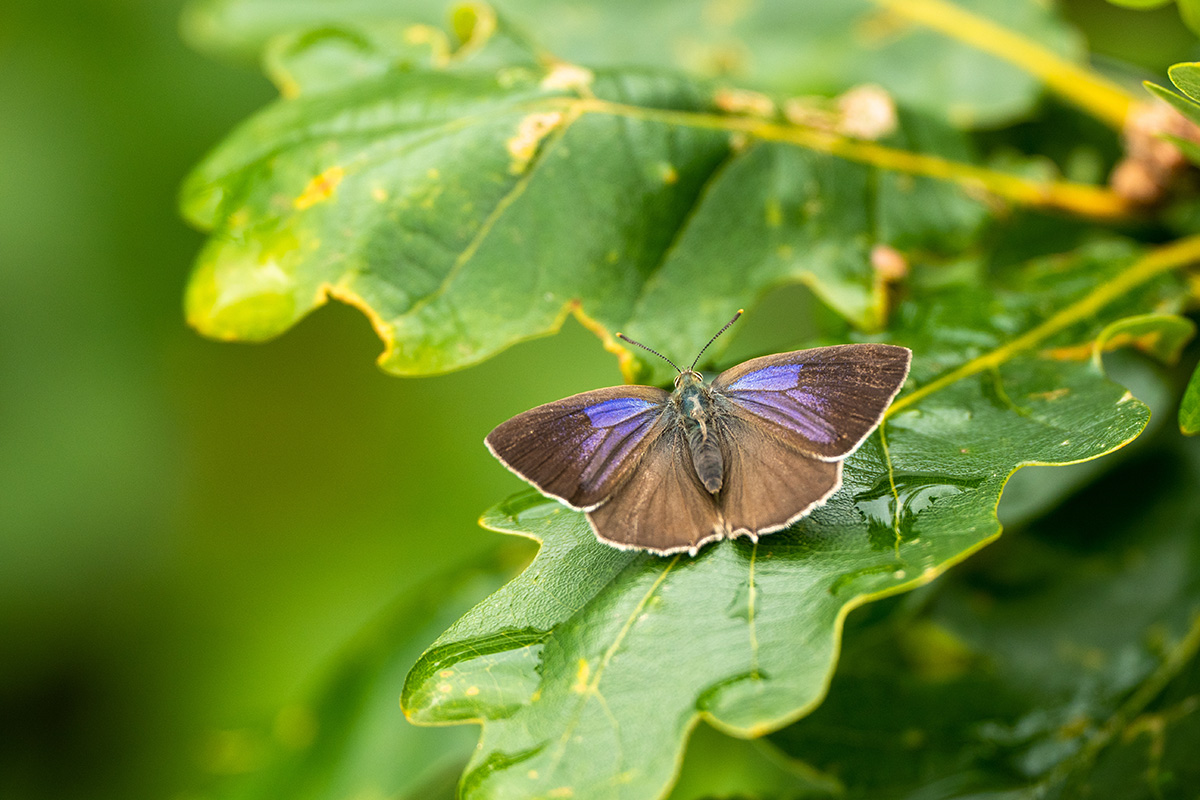 General Manager Ella Akinlade said: ‘It is wonderful that this highlight of Sheringham Park is open to visitors once again. The birds-eye views from the top give a different perspective of the rolling Humphry Repton landscape below.’

‘Local running club, the Breakfast Club, kindly raised money towards this restoration project by running a marathon around Sheringham Park on Sunday 22nd May. Their coach, Hazel completed this task with support from other club members by running multiple laps around a mile loop at Weybourne Heath. It goes without saying that we are incredibly grateful to Hazel and the other members of the Breakfast Club for their extraordinary generosity.’

The Gazebo is a steel framed and timber clad structure. The issues with the Gazebo, identified by structural engineers Rossi Long Ltd, were caused by the long exposure to the elements and the nature of their construction. Several of the timber stair treads, platform floorboards and other handrails were affected by wet rot. Support posts had also rotted where they were in contact with the ground. Some steel connections plates had rusted badly where water had been trapped between them and timber elements.

Well, we cannot wait to climb the gazebo again soon. 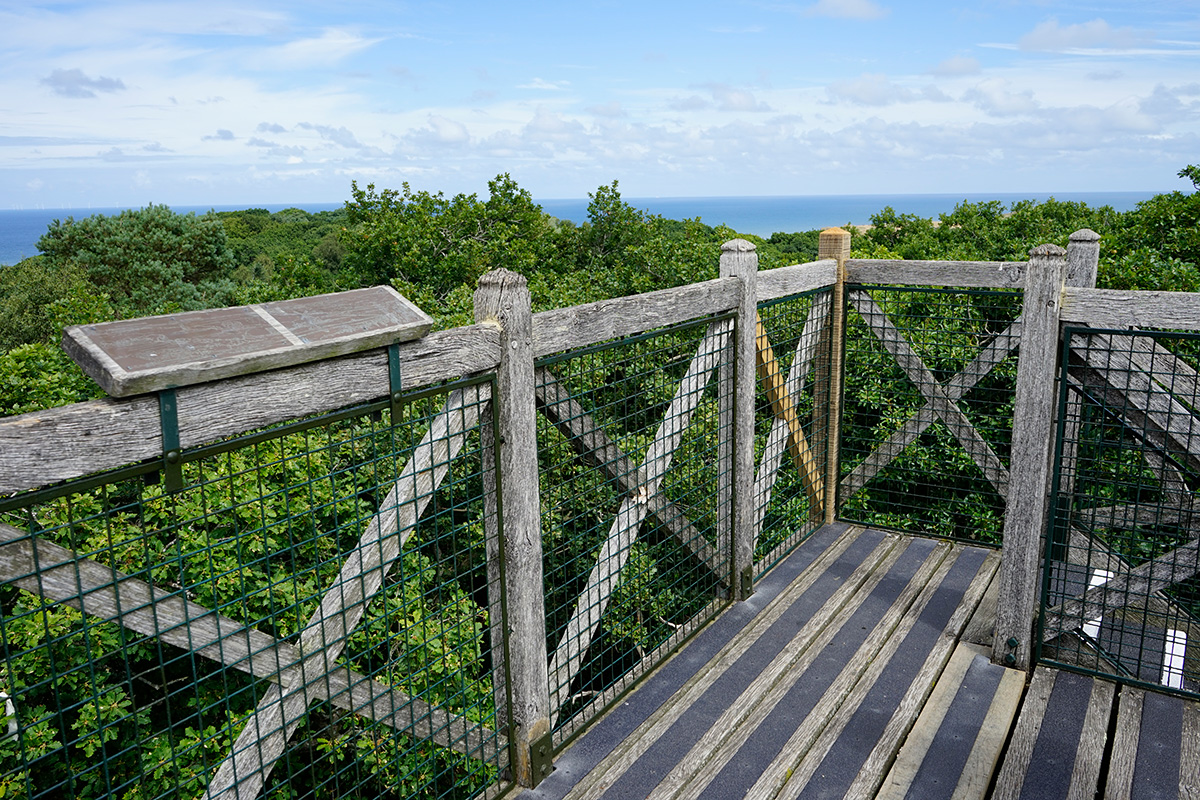