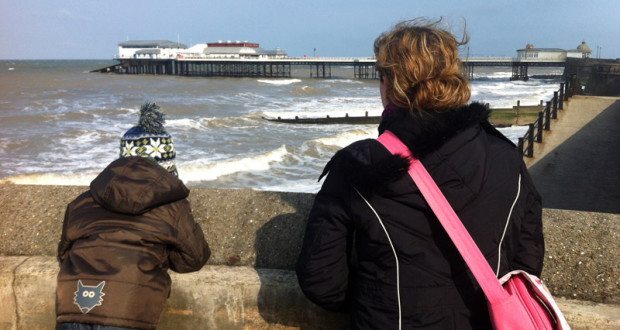 Day 3 was chilly. The temperature had fallen again. Not unsurprising I suppose, since we’d planned to visit a zoo. You see, there seems to be an unspoken tradition in our Family that each year we must visit a Zoo or similar animal park in near sub-zero conditions, shivering round as we try to spot the exotic creatures that are huddled together in the back of their houses as they too try to stay warm.

Still, we are British. We laugh in the face of cold weather… So, after breakfast and a quick play on the Deer’s Glade site playground, we set off on the tiny drive to Cromer to visit Amazona Zoo.

First in (ever eager), we spent a couple of hours in the Zoo and despite being pretty cold, the sun did try to break through as the morning went on, which made things a little more tolerable.

Amazona is a nice little animal attraction with a heart, much like it’s sister Thrigby Wildlife Park (which we visited last winter), and good for a few hours. If the weather was nice and you brought a picnic you could probably make a full day of it. This would make it excellent value (it’s about £10 a ticket).

The Zoo has a couple of ‘big cats’ – Jaguars and Pumas (who, we were told, had just had a cub – off limits when we visited as the birth was quite recent and the mother understandably protective), lots of exotic birds (my favourites included the striking Flamingos and the Parrot who repeatedly said ‘Hello’) and several varieties of monkeys among other wonderful creatures that are typically native to the South American region. 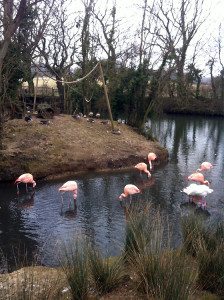 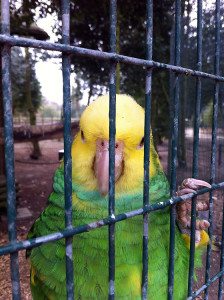 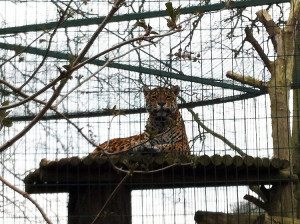 Highlights include Amazona Hall – a heated, indoor environment that houses reptiles, snakes, fish (including Red-bellied Piranhas and Giant Pacu) and Caimans (small crocodile-type creatures), and the Otters, who were wonderfully playful and swam right up to the front of a tank that showed them underwater.

We watched the Otters being fed, which was very interesting. In fact, talking to the man who fed the Otters (a zoologist? a zookeeper?) was fascinating. He told us that Amazona is a very young Zoo in the scheme of things – opening about 6 years ago, so they are still very much having to prove their worth before engaging in extensive breeding and conservation programmes.

Little Man enjoyed hearing about all the animals, which have informative signs beside each of their enclosures and he also had fun on their play area.

After we’d been round Amazona a couple of times, watched a feeding and had coffee in the ‘Veranda Café’, we decided to head into Cromer for some lunch at the Jetty Cafe. 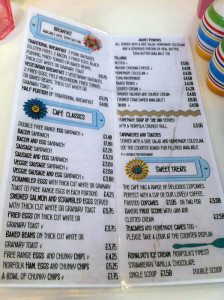 After lunch we headed towards the front for some good, old-fashioned seaside fun (despite it being freezing cold and now windy to boot). Little Man tried his luck in the arcade and then spent his Easter money from Grandma on the children’s funfair rides down on the front. Like a poster child for Cromer, he had a whale of a time on the miniature rides, all with the Pier and the lively sea as a backdrop. He has since told us that a visit to Cromer and a ‘go on the rides’ is literally his idea of The Best Day Out Ever. 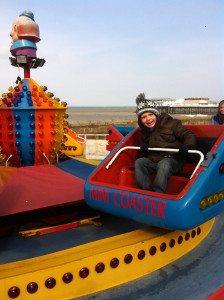 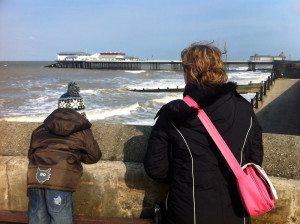 After a bimble round Cromer town centre we jumped in the car (well, we had to do something to get warm again) and headed along the coast to Brancaster Staithe for dinner at The Jolly Sailors.

We hadn’t booked, but we managed to get a table despite it being pretty full by the time we eventually left.

There are two standout features of The Jolly Sailors (three if you include the location I suppose – Brancaster Staithe is lovely): the food and the family-friendliness. If you don’t have children, or you positively loathe them, probably best not to visit The Jolly’s in the school holidays. Well, not during daylight hours anyway.

However, if you have children, you will be in your element with a tasty, good-value menu and loads to entertain the kids both inside (books, colouring sheets) and out (adventure play area). Best of all, there will be so many other families and children that you won’t care a hoot if yours aren’t being ‘seen and not heard’ (as, of course, all children should be ha HA). The Jolly Sailors really is fantastic for Parents looking for good food in a relaxed environment.

I had one of the Jolly’s famous Pizzas and Other Half had the Steak Calzone from the specials board. Both were enormous and very tasty. Other Half actually remarked afterwards that he’d drive from Norwich to The Jolly Sailors just to have one of their Pizzas, so good are they. 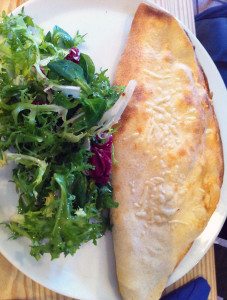 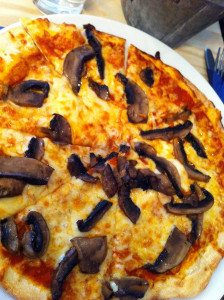 The boys had choices from the Children’s menu – Fish’n’Chips and Cheesy Pasta, which they polished off swiftly before Little Man disappeared outside to play, joining in a game of ‘It’ with some new friends he’d made.

The whole meal at The Jolly’s cost about £33.

The drive back to Deer’s Glade in the dwindling sunlight was nice, and after another fun-filled day we had little difficulty putting the boys to bed. We were also starting to feel the effects of a couple of full days out in a row and ended up turning in fairly early – a shame really as it was our last night in the Pod.

*All images taken on an iPhone.