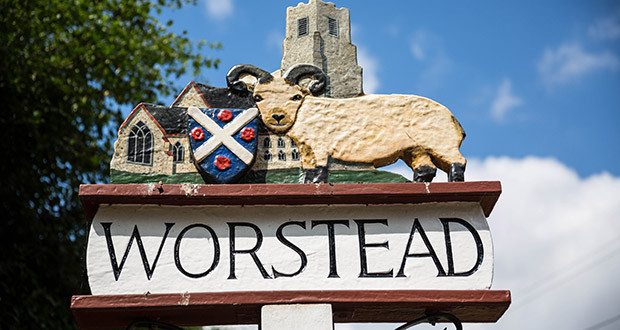 This 26th/27th July, Worstead Festival near North Walsham in Norfolk blends the best of traditional country pursuits with fun and games for all the family, and a bit of theatre and music thrown in for good measure. 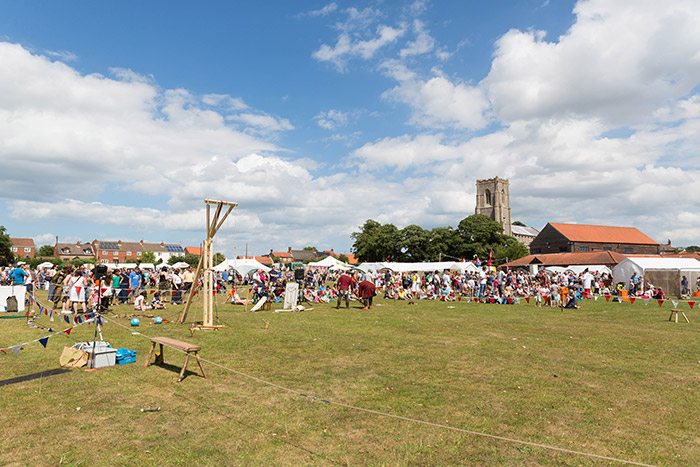 The festival, which started in 1966 to save the village church from disrepair, is completely run by volunteers and has helped countless community groups over the years with its fundraising.

Over recent years, the emphasis has been on family fun, and the prices kept at £5 per adult, with under 12s free, to make it an affordable day out.

This year’s event over the weekend of July 26 and 27 promises the old favourites of heavy horses, weavers in the church and military vehicles, with live music (including local favourites the Booze Brothers on Sunday), the stars of Cromer’s seaside summer show, Bewilderwood, Pimms and Fizz Bar, art show and the Best of Norfolk Food marquee, along with ring entertainment and local craft stalls.

There’s plenty of action for the kids and the Norfolk and Norwich Medieval Association will be setting up camp for the weekend. 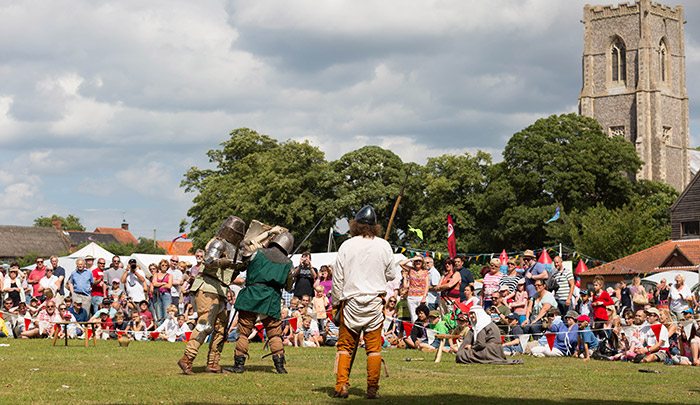 Radio Norwich’s Rob Chandler will be there on the Saturday (July 26th).

Extra trains will be stopping at Worstead Station over the weekend, and there’s tractor and trailer rides operating from there to the village. 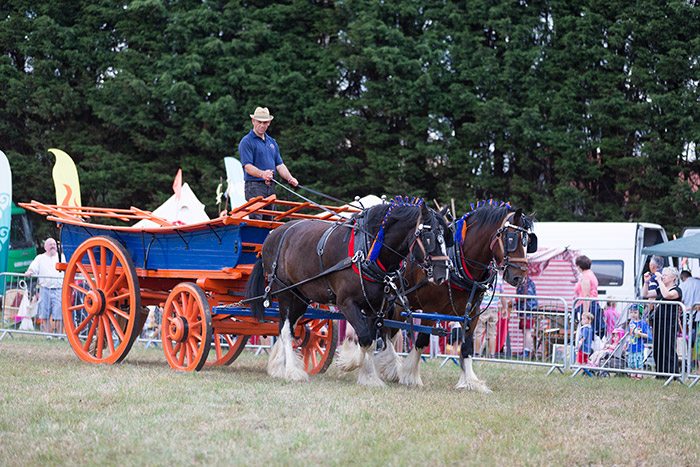 Gates open at 10am each day.

There’ll be the Worstead 5 road race on the Friday night, too, see www.nnbr.co.uk to register.

Worstead is just between the A149 (Cromer to Great Yarmouth) and the B1150 (Norwich to North Walsham).
Follow the signs to Worstead, Once you’re in the village follow the signs to the Car Park. Sat Nav: NR28 9SD.

Previous: A Day Out at Oxburgh Hall
Next: It’s Fairy Af-Fair