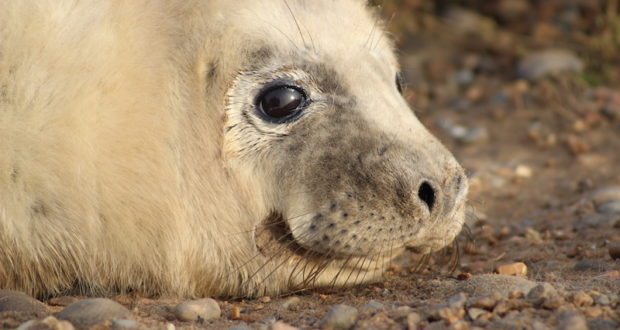 After weeks of waiting, watching and counting, Norfolk Coast rangers have confirmed the final number of grey seal pups to be born on Blakeney Point this winter, and the National Trust nature reserve is once again home to England’s largest colony of grey seals. Early indications also show that the colony fared well following Friday’s tidal surge.

With a final count of 2,366 pups born since November 2016, the final result is a far cry from 2001, when just 25 pups were born. Since then, numbers have increased each year until last winter when 2,343 pups were recorded. This winter, although the number of grey seal pups has increased, the growth is less dramatic, indicating that the colony has become fairly static.

National Trust ranger Ajay Tegala has been counting the seals, with the help of a team of volunteers. 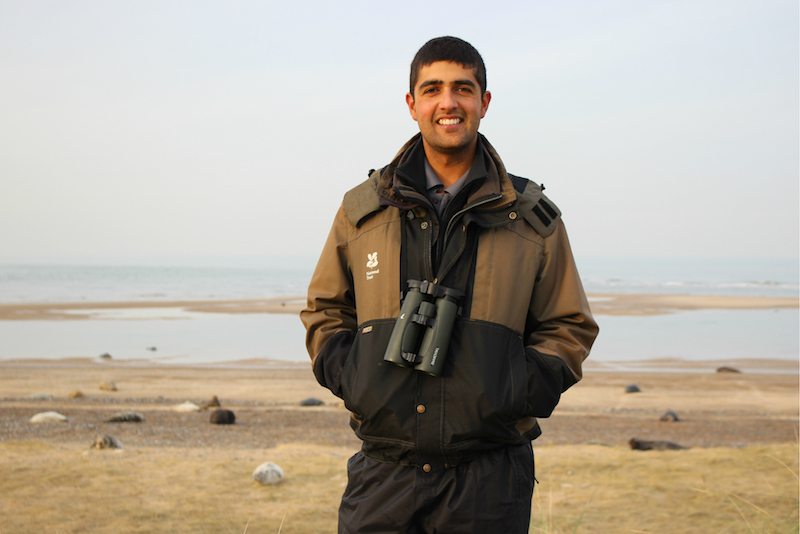 “We’ve seen a dramatic increase in the number of grey seal pups being born at Blakeney Point in recent years. Thankfully the pupping season had finished before last Friday’s tidal surge, which meant a large number of pups had already dispersed,” he said. “In the last two years it would appear that the numbers have become more static. We’re pleased that all the effort the National Trust team put into caring for the Point is helping to create a healthy environment for these beautiful animals and that they continue to return and pup here.”

Being based on the remote Blakeney Point and responsible for counting the new arrivals is a highlight of each year, said Ajay, who admits that even seasoned rangers can’t help but be charmed by the pups.

“With their beautiful white fur and cute faces they are definitely one of main highlights of the year that the whole team excitedly looks forward to,” he said. “It’s a real privilege and joy of the job to be able to get up close and personal with the colony and one that I never tire of.” 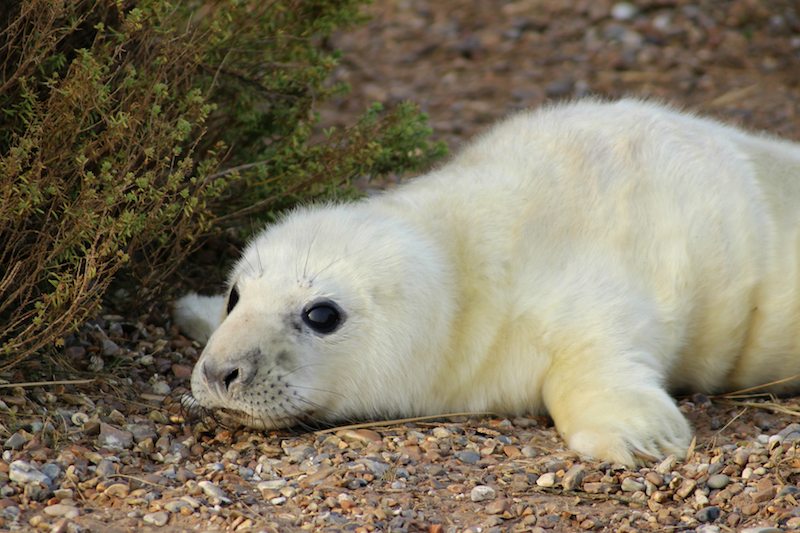 With lots of space and no natural predators, Blakeney Point has proven to be the perfect breeding site for grey seals and although the core area of the beach remains the prime pupping area, Trust rangers are starting to see them spread further into the reserve, which adds to the challenge of counting. Grey seal pups are born on land, with white coats and are fed on their mother’s rich milk for up to three weeks. In this time, they triple in size and shed their white fur. The mother then leaves the pup to fend for itself and usually by this stage she is exhausted and starving, so heads to sea to feed. With three orphaned seals currently in the care of RSPCA East Winch and a mortality rate of less than 2% this winter, Blakeney Point continues to be a healthy, successful and productive rookery.

Elsewhere, seal colonies have fared well around the UK this year. The National Trust’s Farne Islands in Northumberland reported record numbers with the arrival of 2,295 pups, possibly due to the reduction in storm events during the pupping season. Donna Nook, which is cared for by the Lincolnshire Wildlife Trust saw a 3.5% increase, with the arrival of 1,959 pups and 574 seal pups have been recorded further along the North Norfolk coastline at Horsey.

Ajay added: “We would like to thank visitors for their co-operation and respect for the seals. As the final seal pups are weaned, we’d continue to encourage anyone wishing to see them to enjoy one of the boat trips that regularly operate from Morston Quay. That way visitors still get the opportunity to see the seals close-up, without disturbing the colony. “We’d also like to thank the Environment Agency for their support, which aided our preparations for last week’s tidal surge. Our thoughts go out to our friends and neighbour at the Norfolk Wildlife Trust following the flooding at Cley Marshes Nature Reserve, which it appears took the brunt of the surge.”